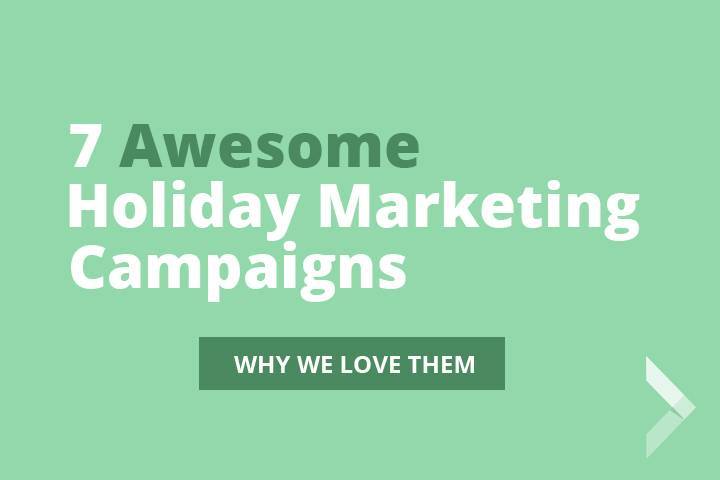 There’s a lot to be thankful for around the holidays. Between the delicious food, the amazing presents, and all the time spent with friends and family, there is definitely an abundance of cheer to go around. But here at DBS, the holidays are also an opportunity to take note of some truly creative advertising campaigns being put together by marketers all over the world. Here are some of our favorites from the past few years that really bring the holiday spirit (and no, we did not include our own wonderful submission on this list!). 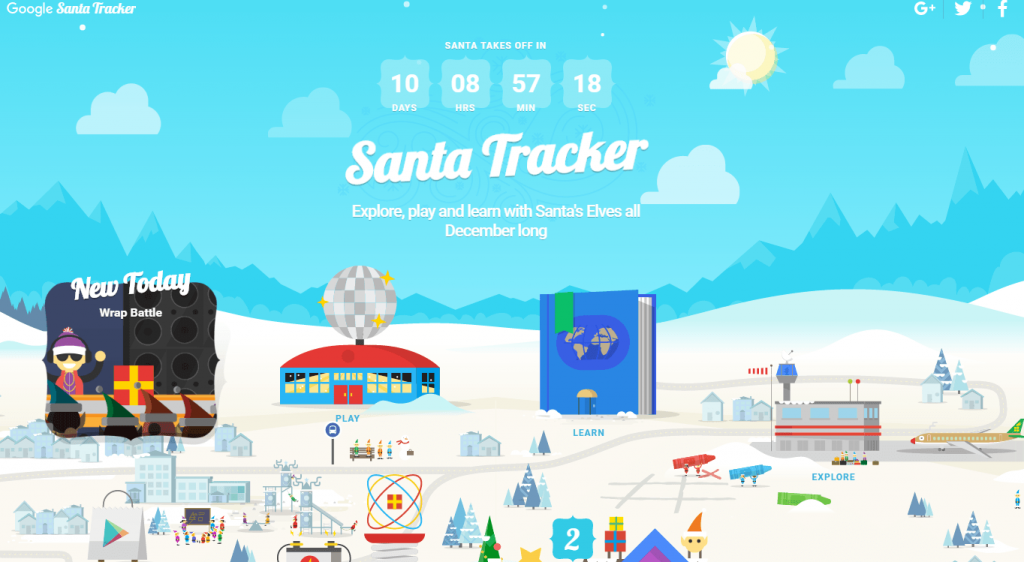 Google’s Santa Tracker certainly isn’t new – it’s been around since the days of Myspace – but it’s certainly a classic. For 12 years, kids around the world have watched as Santa makes the Christmas Eve rounds delivering toys. This year, Google has outdone themselves with Santa’s Village.

Why We Love It: Each day of December (until December 24), there’s a new activity added to the village: from languages to geography to basic coding, Santa’s village really is a win-win, providing kids with a way to learn and have fun! This year, they even released an educator resource page with classroom games and ideas for teachers. 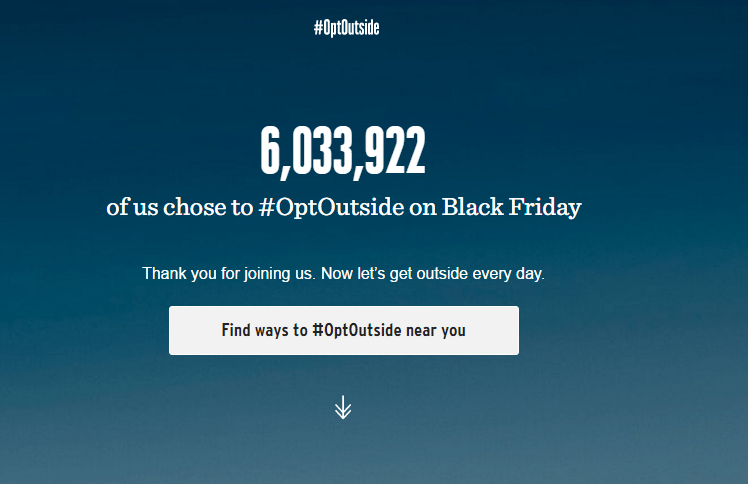 This year, REI brought back #OptOutside, a campaign that offers a refreshing alternative to Thanksgiving Day and Black Friday shopping: experiencing the great outdoors. REI also closed their stores on Black Friday, giving employees and customers the opportunity to enjoy what’s truly meaningful about the holidays. Since it’s launch last year, #OptOutside has taken on a life of its own as a platform for the outdoor community year-round. According to REI’s website, “it’s not just a rallying cry. It’s an everyday choice.”

Why We Love It: #OptOutside is an invitation to be a part of something larger than a hashtag. It really is a movement.. In a culture of Black Friday chaos, #OptOutside stands out as an opportunity to connect with the outdoors and support one of the 275 nonprofits and government agencies at the heart of the campaign. Their interactive map invites users to “find ways to get outside” by offering parks and hiking trails based on your zipcode. (Cherokee Park, we’re looking at you!) 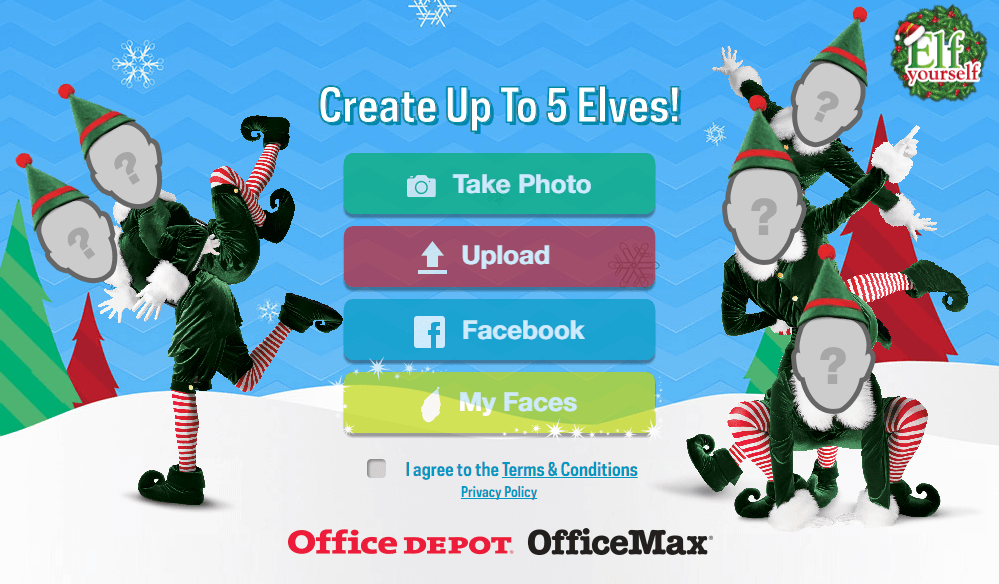 Elf Yourself is another popular viral website that users can’t seem to get enough of every year. Currently owned by Office Depot, the campaign was initially started to support Office Max’s holiday season advertising. Created by Evolution Bureau in collaboration with “Toy”, a company in New York, the campaign launched in December of 2006 and has been a mainstay ever since.

Why We Love It: It’s a fun and simple way to partake in the holiday spirit. Users can easily upload photos of themselves or of their friends and watch as they are transformed into dancing elves. It is also quite easy to save your video and post it to additional sites for others to see.

Every holiday, Starbucks creates an original holiday campaign centered around new, seasonal designs for their cups. The dedication to this “Red Cup Season” has even caused them to run a #redcupcontest in which users attempt to win prizes by submitting pictures of themselves holding their red cups.

Why We Love It: It’s become a legitimate holiday tradition. Every year, people embrace the limited time designs and take them everywhere with them – talk about free advertising! Seriously, you see these cups everywhere, know exactly where they came from, and it doesn’t really add any additional costs to Starbucks’ operations. Truly brilliant! 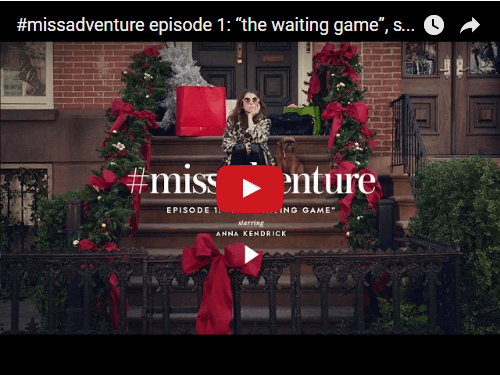 Back in 2014, Kate Spade featured actress Anna Kendrick in a two-minute interactive video campaign called “The Waiting Game.” The video shows Anna Kendrick passing time as she is locked out of her apartment and allows users to shop and interact with behind-the-scenes footage as she watches.

Why We Love It: Okay, full disclosure? It’s probably because we’re such big Anna Kendrick fans. But then again, who isn’t? The interactive shopping experience garnered hundreds of thousands of views on YouTube and contributed to a 30% in social discussion surrounding the brand after its launch.

A feel-good campaign if there ever was one, Macy’s gets into the giving spirit as much as anyone around Christmas. For this one, Macy’s encourages people of all ages to write their very own letter to Santa Claus. For every letter that Macy’s receives, whether at a store or delivered online, they donate one dollar to the Make-A-Wish Foundation.

Why We Love It: It’s hard not to love the charitable nature of Macy’s. All it takes is a pen and some paper and you can relive your childhood by writing to Santa, all while helping an excellent cause. The campaign also has a great social media facet to it, with users uploading videos to show how much they believe. 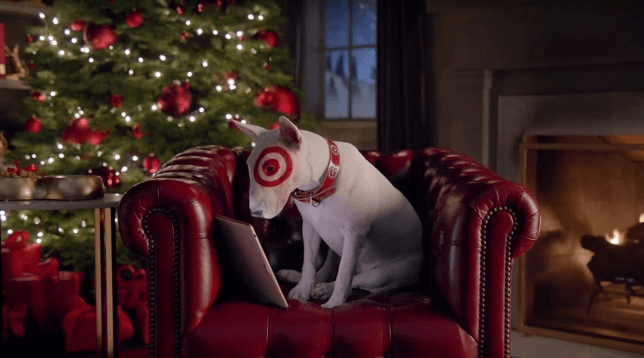 Target’s 2015 holiday campaign was by far one of our favorites of all-time. Created with 72andSunny, it consisted of a digital children’s book narrated by actor Neil Patrick Harris. The campaign featured cameos from a ton of everyone’s favorite characters, including Minions from Despicable Me, Teenage Mutant Ninja Turtles, and Barbie.

Why We Love It: The campaign was also one of the most complexes we’ve ever seen. The story it told stretched across multiple parts and was released throughout the course of the holiday season. It also had digital, traditional television, and real-life components that truly brought the fantasy to life and connected with viewers young and old.