One of our clients complained recently that their website was too fast. Yeah, they wanted to slow it down so their audience could kick back, relax, and wait a little longer for the page to load. Just kidding.

We are going to address two web development trends in this article: web pages are getting fatter, and the average device speed is getting slower. Yes, desktops are now in the minority position among devices. Smartphones and tablets are where the user majority lurks. And don’t be fooled by 4G advertising hype that is all about bandwidth, the network overhead and latency is much higher on 4G than it is for Wi-Fi or wired networks. Also, to get max speeds you need consistent max quality of connection, too. Is your 4G icon always at four bars?

To deal with both of these trends, engineers have been putting extra effort into understanding exactly what happens inside a browser during the rendering process, and how to fine-tune that process. In the days of old, when we wanted to speed up a website, we would put it on a faster server (maybe), or reduce the size of the page (what engineers call “page weight”), so that it would download faster. All of this works, of course, but only to a point and even then, only if you have those luxuries.

But page download speed is a bit of a red herring, what we really want is page rendering speed. If the “above the fold” content renders in one or two seconds, and the rest of the content takes another five or six seconds, how big a deal is that?

Increasing page rendering speed is easier said than done, though. To get there we need to understand what has been defined as the “Critical Rendering Path”, such that we can shorten it.

The Critical Rendering Path is defined by engineers as the code and resources required to render the initial view of the page. We call it “critical” because we get a blank, “white screen of death until all the critical elements render. The “initial view” can be translated as “above the fold” content.  The path potentially consists of a fairly complex set of interactions. If we know how the pieces impact each other, we can then make decisions about how to arrange them in an optimal manner.

The components of the the Critical Rendering Path are:

Notice that images, the heaviest part of most web pages, are not on the above list. That is because they have no impact; they are just plain content which require no special handling. The actual rendering process (the DOM tree construction) is not dependent on images and is not blocked by image loading. Image downloading takes place in parallel while the DOM is being built and readied, and perhaps afterwards. Of course, images are important, and we need them. But they are simply inserted into the DOM and displayed as they are downloaded, once the DOM is in a ready state. Image loading should of course be optimized, but they are not “critical”.

Let’s take a closer look at these components. As to network overhead, of course we need a fast server response. Usually this is measured as “time to first byte”. We can use tools like webpagetest.org to measure server response and other metrics. An optimal “first byte time” should be less than 200 milliseconds.

Web content is downloaded by the browser in “chunks”. This appears to happen in a single, steady stream since it happens quickly, with each chunk downloading in close succession. Each“chunk” consists of a packet of data of up to 14KB. Because of this, the fastest loading web page possible is a page consisting of 14KB or less. A 15KB page will require two chunks and a 29KB page will require three chunks and so on and so on.

As an example if we create a simple web page that just says “Hello World”, with no images, no CSS, and no JavaScript, we will have a page with well less than 14KB. With a reasonable Internet connection and a non-overloaded server, this page will download and fully render in  less than 1 second. That’s what we like!

Now, a “Hello World”  page is easy, there’s no extra effort required. Our mission, should we accept it, will be to take an average web page of 1.2MB and get its critical components shoehorned into that first 14KB — those elements that are critical for the above the fold content. The rest of the page content can safely be deferred, if not within the first 14KB, then as close as we can get to that goal.

Again, tools like webpagetest.org are invaluable for finding  bottlenecks and to see what happens with each resource. Waterfall charts are also very illustrative about what is going on with your page.

Webfonts are now a common resource for modern web content. There are lots of variables here that can impact performance. Web pages won’t render until the font resources are known and fetched. So, let’s be sure we are only including the fonts we need and only the character sets we need too. English only site? Then we just need latin1 characters. This can greatly reduce font file size. Also make sure the font resources are compressed, and that the browser will cache these resources.

We're in this together 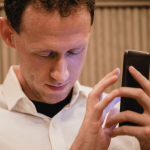 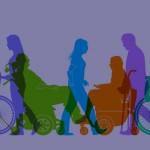 We use cookies to enhance your experience. By clicking "accept" or continuing to use this site, you are consenting to our use of cookies.

A "cookie" is a small digital file that is created by a website and then stored by a user's browser. We use these cookies to help improve our site, including improvements to both content and ease of use. We do not use cookies to store any personal identifying information about you, and you can remove cookies from your browser at any time.