You’ve probably heard of the theory that everyone (and everything) in the world is six or fewer steps or people away from one another. In other words, you pretty much know everyone from the President of The United States to Chief Raoni of the Kayapo people (an Amazon tribe). Although this is a common understanding, it is still quite amazing to think the world is really that small and that connected. 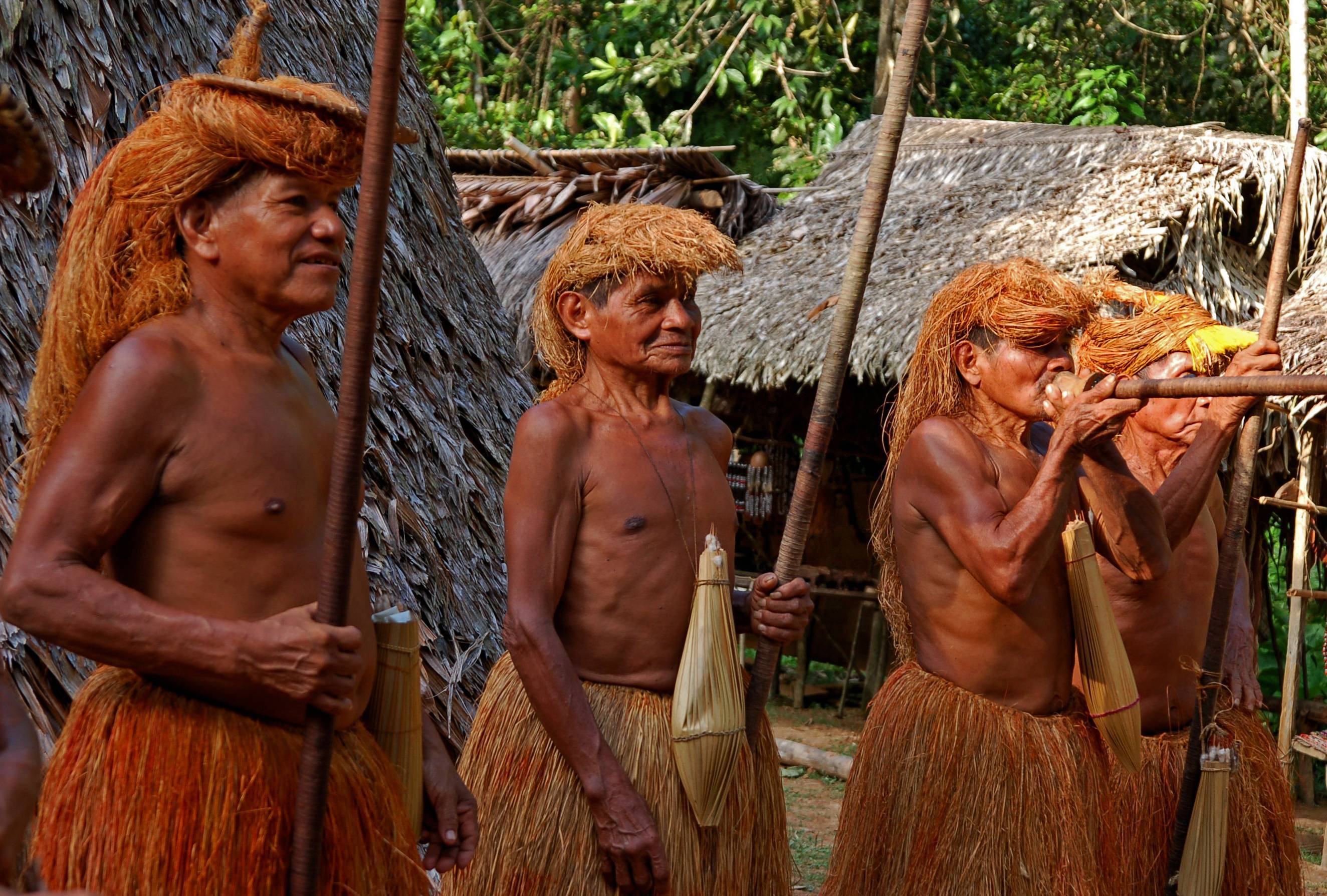 A question that may puzzle the aspiring digital marketer’s mind then becomes “If we are all connected that easily, then why is it so hard to reach my intended audience?”

Advertising agencies go to great lengths to reach an audience. 20 years ago, an agency would have spent tens-of-thousands of dollars to run an ad in an influential magazine or paid millions of dollars to have a commercial in the superbowl. Now, in the age where anyone can be a content producer, rather than identify magazines or TV channels with the greatest influence over a particular audience, agencies and businesses look to individuals with significant followings. We call this individual a Key Influential Person (KIP).

We like to think that each of us is influential — that our decisions hold value and are respected by those around us. But in many cases our sphere of influence never gets past our immediate family and friends. For key influential persons, this sphere of influence can span across continents, uniting millions of people over a common interest.

Businesses spend huge sums of money every year trying to “recruit” key influential persons into “Brand Advocates”. The theory for doing so is sound. Reaching key people within a specific demographic can be the key to reaching the entire demographic.

While it is mathematically proven that you can reach one person through six or fewer people, there remains a few questions that you will want to consider.

First, does this person matter? If you are selling tablet computers, would it matter if you could reach Chief Raoni of the Kayapo people? Probably not. The key is to reach people that not only are interested in what your business provides, but also wants to share your story with others. This way, each of those people influence someone else.  The law of exponentiation.

Most Influential =/ Most Valuable

Identifying the key players that could potentially influence the masses in a specific demographic sounds simple, right? Just Google some terms, find some top-ranked blogs, find the author of those blogs and voila. Done. Right? Actually, wrong. Believe it or not, these are not the people you want to reach. No, you must think about it a bit differently.

You see, you are not the first to know about this influencer marketing stuff. Everyone and their mother is looking to these people for a mention, a review, a little “push” to the millions of people that follow them. However, these people are usually running a business, and with that comes a great deal of bias. These are “Tier I Influencers.”

So, what are we to do? For starters, instead of going to the end-source, or the most popular influencer, go to the multitude of sub-influencers. These people may not have the most popular blog or the largest following on social media, but they still have the ability to sway the masses. In fact, most top influencers get their content from a collection of “Tier II Influencers” – writers, bloggers, and industry groups. Top influencers spot trends that appear to be gaining traction in a specific industry, and then write a collective piece on it. Nothing new, as this has happened since the dawn of the web. In fact, you are reading such an article right now.

The great thing about reaching these people is it does not take a lot of effort. Instead of ghost writers, staff writers, and gatekeepers, you can usually get in touch with the actual key influencer. With that said, push pause for a moment on opening a new browser tab and going to page two or three in search results for Tier II Influencers. There is something else you need to know. 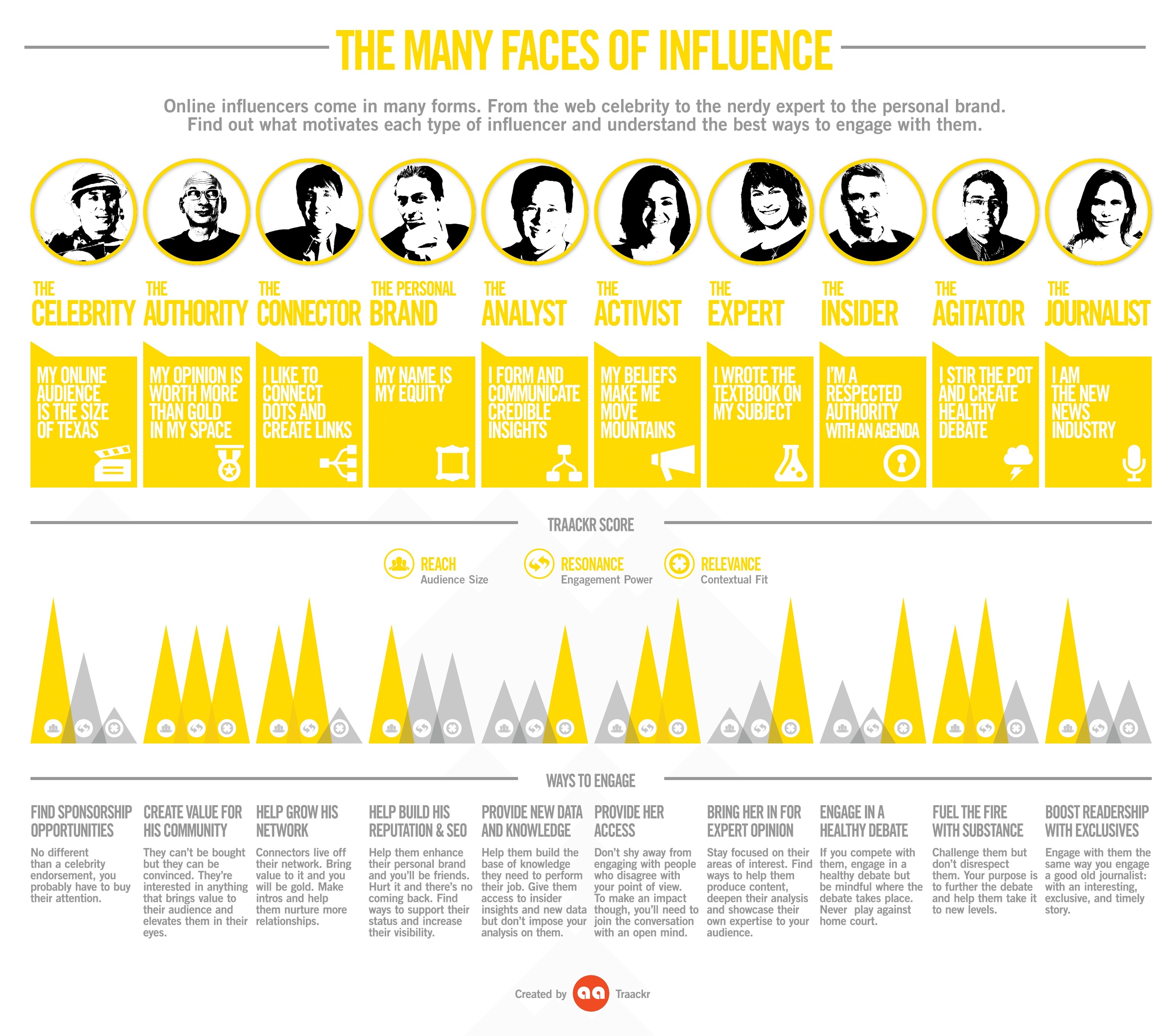 There are many different types of key influencers; both Tier I and Tier II in each category.

If you want to reach out to a key influencer, it is not that difficult to spot who they are and at what level they are playing at. The hard part is getting them to genuinely and humanly promote your brand. You don’t want to come off as creating a strategic business relationship or any of that other buzz-worthy terminology. What you want to do is to create a real human connection with the influencer. You want to provide value; a valuable insight, meaningful reciprocation of services, sample products, ask for honest feedback and give yours as well.

Think of these influencers as regular people off the street. They are human beings just like you. They have Sunday cookouts, they watch reality TV, they have bills, kids and mortgage payments. Instead of looking first at what you can get out of reaching key influencers, think first what you can give. Want to make someone with a great deal of street cred in your desired demographic promote you? Be their friend first. This may take some time, but it will pay off in the form of priceless and shameless promotion later on.

As with any digital marketing strategy, this should be but one of many tools and routes you use in a comprehensive marketing strategy. No matter how great the next trend looks, using it in isolation will yield short term results.

To conclude, make it a priority to add influencer marketing focus in your marketing strategy. Look at top blogs in your industry and then look at who is guest posting, or where parts of the article might be linking to. Maybe look at page two and three of results to find lesser-known influencers. These people still have a following, and you never know who they might know through six degrees of separation.